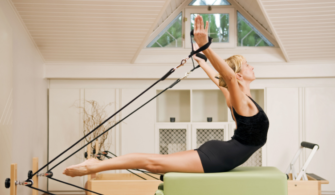 What Changes Have Bicycles Made in Human Life?

Have you ever thought about the changes that the bicycle has made in human life ? Bicycle is a product with many benefits such as its contribution to nature, human health and human life. They are excellent tools that do not pollute the air, clean the body, and improve your movements.

Bicycle is the most inexpensive means of transportation, which is widely used today. It requires neither electricity nor fuel. All he wants is muscle strength, which is for your benefit as well. You get on your bike and you pedal. You will both feel the oxygen and the nature to your bones and make your body work.

After the invention of the fully human-powered bicycle, many things changed in people’s lives. Various abilities have leveled up, such as mode of transportation, amount of payload, speed of life. Even if they are small, the use of animals as mounts has decreased and they have begun to live their lives better.

So, when was the first bicycle invented? Who was it used for and for what purpose? What changes have been made by the bicycle in human life ?

When Was the First Bicycle Invented?

The history of the bicycle has a history of 2 centuries, starting from 1817 to the present day. German scientist Baron Karl von Drais is the person who built the first prototype of the bicycle, which he thought would make human life easier, 200 years ago . The first design was a 2-wheel vehicle with the appearance of a modern bicycle. The first prototype was named Drezen .

Drais had implemented this invention to make his life easier and speed up his work. In the early days, there was no pedal and chain mechanism. He was sitting on the bike and his feet were on the ground and he was pushing himself forward. It was a time when fully human power was felt.

On June 26, 1819, Drais patented his invention. After this stage, the development of the bicycle began to accelerate. During development, the name Drezen began to evolve into the modern bike name and design.

Drais ‘s invention was developed by French father and son Pierre and Ernest Michaux . This father and son were the ones who designed the first pedal bicycle by placing pedals on the middle part of the bicycle. With this development, the bicycle was actually invented.

The bicycle began to be popularly used in many countries such as Austria, United Kingdom, United States, Italy. People loved this invention and people with bicycles started to be seen almost everywhere.

Nowadays, the use of bicycles has become quite widespread, and much more technological and modern models have begun to be produced. The European Cycling Confederation has revealed the place and importance of the bicycle in human life in its latest statistics. According to statistics, an average of over 22 million bicycles are sold annually in Europe. 13 million of these bikes sold are manufactured and distributed in European states.

What are the Effects and Benefits of Cycling on Human Life? Although electric bicycles have come out, people have a special love for human-powered bicycles. They maintain, clean, add and decorate their bikes. It then determines a route for themselves. They take their bags on their backs and some take a nature tour in the close vicinity and some go on intercity trips by keeping the map wide.

Everyone pedals as much as they can and enjoys the freedom. There are no license issues. You don’t get stuck at a red light or run into a police flip. It is not forbidden to tour the seaside. Thanks to the bicycle path reserved for bicycles, you can travel freely and comfortably.

Avoid actions that would endanger your life and daily routine because there are no rules. Respecting people’s living space, cycling will make this beautiful sport even better.

For those who are looking for an answer to the question of what changes have been made by the bicycle in human life , let’s explain the answers in items.

The Place of the Bicycle Today

you seen the changes that bicycles have made in human life ? Thanks to these important benefits, it has become a means of transportation that has never lost its popularity. In the absence of motorized transportation, the bicycle made up for many shortcomings.

With the invention of the bicycle, there were changes in people’s social lives and dreams. Between these exchanges, he had extremely high rates of wanting to travel. You can state your own experiences in the comments, what have been the changes that the bicycle has brought about in human life . 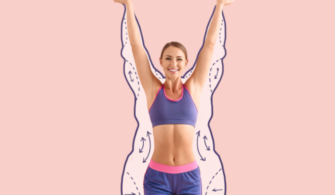 At What Point Do Overweight People Decide To Lose Weight 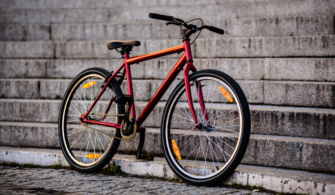