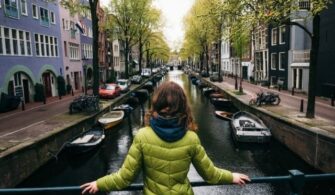 In the years when the Ottoman Empire was founded, it was only a state of beylic. In time, the other principalities added to their lands and spread. By the 14th and 15th centuries, it had begun to move towards the Southeast. In time, he dominated the region and added the Balkans to his lands and hosted the Balkan communities until the 19th and 20th centuries. In other words, the Balkan communities remained in Ottoman rule for almost 500 years. This has affected the Balkan states from various angles.

At that time, the Ottoman state, which had a variety of religious, linguistic and cultural aspects, left various traces on the Balkan states. The Ottoman Empire, which is a state appealing to 3 continents, has been tolerant of all religions, languages, races. Only in this way was he able to dominate such a large area.

When the Ottoman State extended its borders to the Balkans, it first became a neighbor to the Balkans. The states, whose interactions began in these years, have influenced each other for though centuries, both in their diplomatic relations, in their cultural diversity, in politics and in trade. The Ottoman State was a tolerant state. Which state, whatever religion, which language, no matter what culture, and no genocide for them.

The Ottoman Empire was iplementing the policies of resettlement in the concuquered land. According to the policy of resettlement, he converted the largest religious place in the lands he conquered into a mosque. Apart from that, it would have placed the Turks who were living in his country to the regions he had conquered. This situation allowed foreigners living in the conquered region to adopt Ottoman culture more easily.

The Balkan countries, which interacted with various cultures in the country, had the opportunity to know both Ottoman culture and other cultures in the country. This affected their culture, morals, viewpoints on life, architecture and arts. In addition, the Balkan communities had the opportunity to learn Turkish, Ottoman language and the languages ​​of other communities living in the Ottoman state.

Not only were the Balkan States affected. The Ottoman Empire was influenced by various cultures on issues that would not contradict their religions. This situation created a common culture in the Ottoman state. Gradually, all cultures gathered under a common roof without leaving their autonomy. While cultures were mutually influenced and enriched, they began to be less affected by wars. They started to embrace a new nation no matter what nation they were. They were tolerant to each other, they did not cause any internal confusion.

Communities interacted with their arts, musicals, beliefs, architectures. Freedom, which does not exceed certain limits in the country, facilitated the co-existence of different communities. Christians, for example, could spend their Sunday in church. They could place their own religious calendar in their homes. They could have their own private meetings and live their daily routine.

The absence of a repressive and genocide administration in the country has enabled the country to survive for many years. The West was more easily understood and Ottoman State was a step ahead of other countries for many years. Especially the works of art that came into existence with the renaissance attracted the attention of various statesmen, including the sultans. Ottoman culture was reflected in the paintings. The traditions of the Ottoman community and the Ottoman family began to be portrayed.

This was, until the years when the Ottoman Empire lost Balkan communities.

The Ottoman Interaction with the Balkan Communities after the 18th Century

During this period, the Ottoman Empire was quite complicated. Rapidly losing ground. He was no longer in control of the country, and by various laws and sanctions, he was trying to restore the country to its former state. The French Revolution, announced in the late 18th century, strengthened the feelings of nationalism. The Ottoman State, which was a multinational state and had a great deal of backwardness from the West, was about to disintegrate.

The events reflected in the Balkan culture in these years were mostly French revolution and its implications. Acting with feelings of nationalism required them to leave the Ottoman Empire. This situation reflected the works they produced in that period.

Battles, disagreements, and negative events between Turks and theirs were also in their works. In addition, the positive culture, which was integrated within 300-400 years, was lost due to the negativity. The artifacts and cultural structures given after these years were almost completely different from those of the Turks. Of course, there was a certain accumulation, they could not be destroyed, but they began to be more careful and moved away from the influence of the Turks. Even if they loved the Turks, the other communities were defending their nationality.

In the 19th century, the Balkan states gradually began to leave the Ottoman state. This was supported by other anti-Ottoman states. The Ottomans became debilitated and could no longer cope with their citizens living in their own country. At the same time, many wars of war were inadequate. This situation accelerated the process of loss of land.

The Ottoman Empire did not receive their religion, language and race. In his works, anymore there were not only the Ottoman and Ottoman cultures but also the European states. The Balkan states, which were heavily influenced by Europe, created their own culture, built their works and created an autonomous environment of their own.

Of course this took their long time. Today, when we look at the Balkan states, there are traces of various cultures in their cultures.